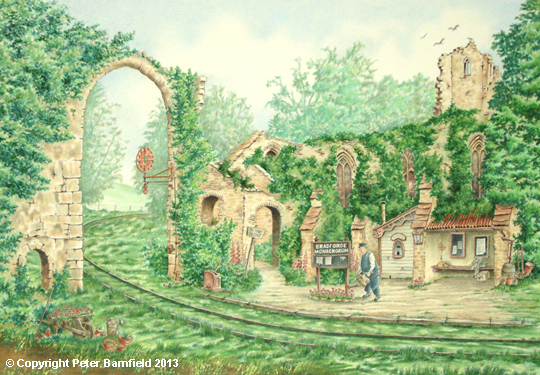 This picture is reproduced from an old hand-tinted postcard, recently discovered in a Whiminster antiques shop, and shows the PBLR station which served the ruins of the ancient abbey. Present day conservationists may raise eyebrows at the way in which the various structures utilised some of the abbey buttresses and a signal was fixed to an arch, or maybe at the fact that the railway actually passed through the arch itself. Be that as it may, the sparse train service brought occasional visitors, who enjoyed wandering amongst the picturesque remains, and the station attendant developed a well tended garden.